The SID Group relies on the core values of Growth, Protection, Sharing and Service, palpable throughout the company’s history.

Health is the fundamental pillar of human life.  Therefore, the SID Group gives prominence to health through the Fundación Caminantes por la Vida, thus reaffirming our commitment to La Salud de Nuestra Gente (Taking care of Our People’s Health) by supporting institutions that work for cancer prevention and treatment in the Dominican Republic.

The central idea of the Foundation is not only to collaborate financially with these institutions, but to help them grow to succeed in attaining a higher involvement of the public in general, creating awareness on the importance of prevention.

In this spirit of solidarity and collaboration, throughout the year Fundación Caminantes por la Vida organizes activities to promote and educate on the prevention and detection of cancer in children, women and men. All SID Group companies and staff get involved in these activities and they focus on their success out of their individual and collective conviction.

The Caminantes por la Vida Walkathon was first held in 2006 with 9,000 people attending it, but in 2011 the number of attendees went up to 45,000. With the support of over 150,000 Dominicans who have donated their steps, we have been able to grant over 70 million pesos to institutions and foundations that fight cancer in the Dominican Republic.

The United Nations has recognized the “Fundación Caminantes por la Vida” (“Walkers For Life” Foundation) for its “Caminantes por La Vida” Walkathon, for being a model initiative on social investment, in its Regional Support Center for Latin America and the Caribbean.

The Fundación Caminantes por la Vida conducted in 2014 a number of prostate cancer prevention events, together with Fundación Dr. Juan M. Taveras of Cedimat and the Plaza de la Salud General Hospital. These one-day events are intended for people with limited resources and their purpose is to create awareness on the importance of getting tested on time for an early detection of cancer that can lead to increasing the possibilities of overcoming this disease.

During the month of October, Caminantes por la Vida launched its “Rostros de Esperanza” campaign, an initiative that turns smiles into a contribution to continue battling against cancer.

A number of photo booths were installed in the main shopping centers of Santo Domingo, with the idea of having attendees donate their smiles and share their happiness through these images.  Upon conclusion of these smile donation events, smiles will be gathered in a huge ribbon of life that will serve to promote the foundation’s work and create awareness in the general public on how they can be a part of the campaign.

If you have not donated your smile yet, you are still on time!  Just visit the caminantesporlavida.com website, where you will be able to upload your smiling photo. Subsequently, the application will generate a background design where the donor will appear hugged by a ribbon of life, and this image may later be shared in their Facebook, Twitter or Instagram accounts with the tag #RostrosdeEsperanza.

“Dominicans are known worldwide for their cheerfulness, hospitality and solidarity.  With Rostros de Esperanza we take these innate qualities and combine them in order to convey well-being and hope to thousands of fellow citizens who are battling against cancer”, explained Ana Bonetti, President of the Caminantes por la Vida Foundation.

Tu Carrera Discovery Kids, which took place in October 2014, made a donation of RD$200,000.00 to Caminantes por la Vida Foundation in order to continue supporting the battle against cancer in the Dominican Republic.  The donation was delivered by Héctor Llano, representative of Carrera Discovery Kids in the Dominican Republic and was received by the Foundation’s President, Ana Cristina Bonetti.

Thanks to the donations made by the Caminantes por la Vida Foundation, the Voluntariado de Jesús con los Niños in Santiago inaugurated the Pediatric Hemato-Oncological Unit at the Arturo Grullón Children’s Hospital.  The three-story building is fully equipped to provide adequate attention to all children of the Northern Region of the country, as well as the physical space and comfort needed for serving patients and family members who will take care of them during their treatment.
Caminantes por la Vida Foundation currently aids this Volunteer Program by covering part of the treatments received by the children.

The Amigos contra el Cáncer Infantil Foundation that operates at the Robert Reid Cabral Children’s Hospital, annually receives hundreds of cases of children that need to travel from other parts of the country to receive treatment.  Thanks to the support of the Caminantes por la Vida Foundation it was able to complete the construction of its shelter home, which accommodates children and family members who come to the hospital from remote areas, so that they may continue treatment without interruption.

With the help of Caminantes por la Vida Foundation, the Milagros de la Caridad Pharmacy of the Volunteers Association of Instituto Oncológico Dr. Heriberto Pieter, has been able to provide medication to hundreds of underprivileged people, partially or fully completing their treatments.

Caminantes por la Vida Foundation also sponsors the education and early detection program of the Dominican League against Cancer (Liga Dominicana Contra el Cáncer) of the Instituto de Oncología Dr. Heriberto Pieter, which plans, guides and coordinates promotional campaigns for education on early detection and prevention of cancer in women, in suburban and rural communities of the Dominican Republic.  It has helped save over 4,000 women by detecting 3,518 pre-cancer cases through the program.  In addition, talks on childhood cancer are conducted, both in educational centers and sugar-cane plantations.

A Pediatric Oncologic Unit was installed and a cancer medication program was implemented at the Volunteer Program of the Plaza de la Salud General Hospital. 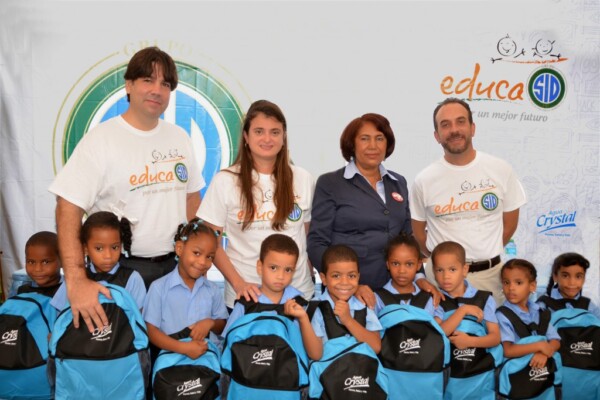 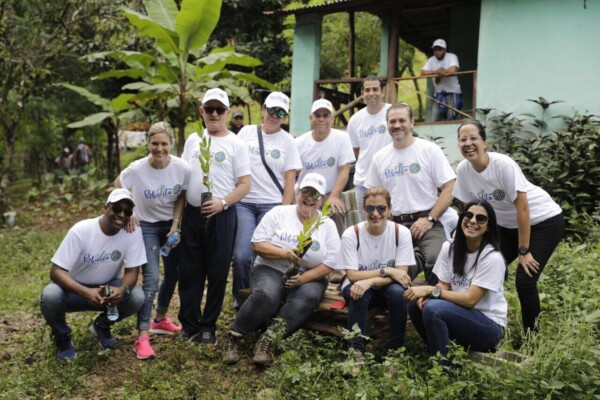 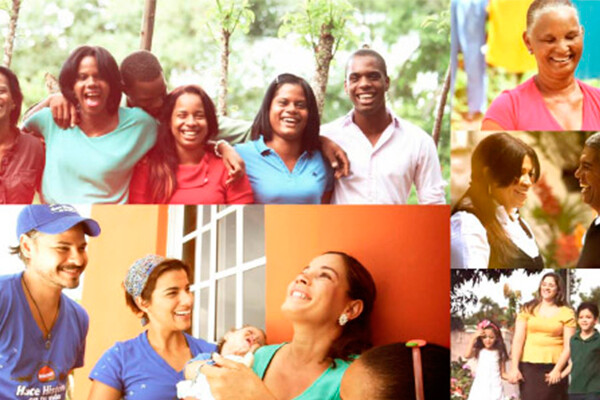